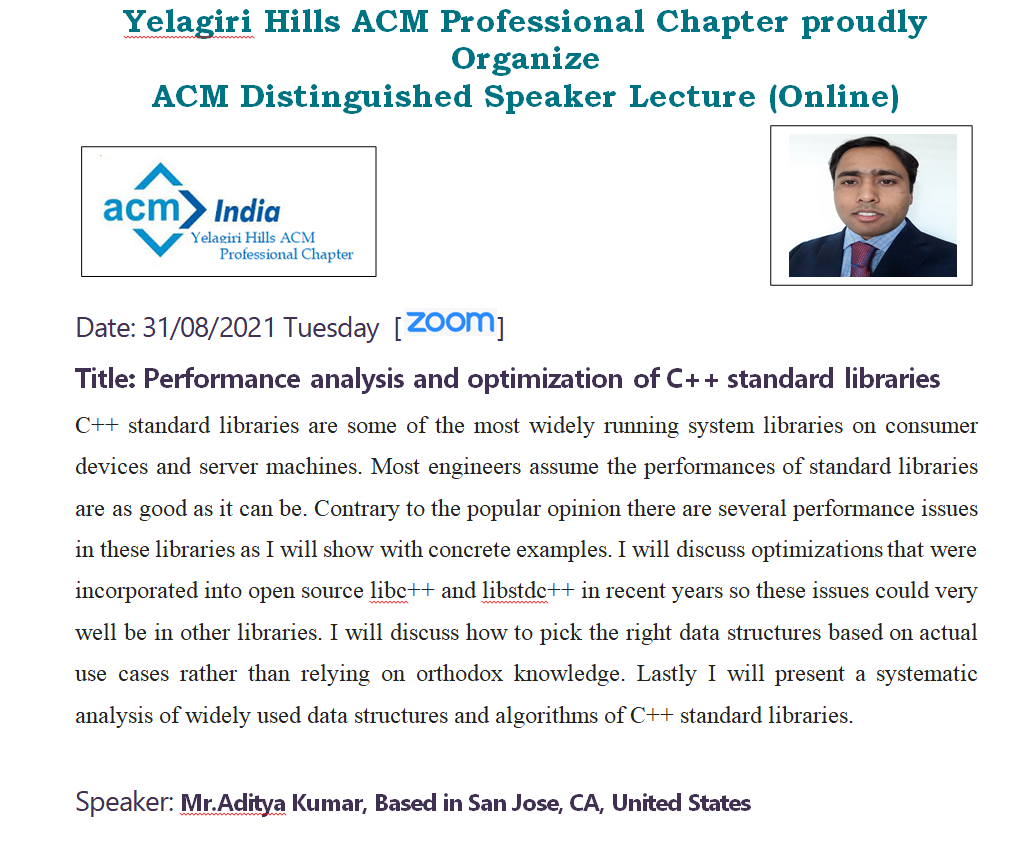 C++ standard libraries are some of the most widely running system libraries on consumer devices and server machines. Most engineers assume the performances of standard libraries are as good as it can be. Contrary to the popular opinion there are several performance issues in these libraries as I will show with concrete examples. I will discuss optimizations that were incorporated into open source libc++ and libstdc++ in recent years so these issues could very well be in other libraries. I will discuss how to pick the right data structures based on actual use cases rather than relying on orthodox knowledge. Lastly I will present a systematic analysis of widely used data structures and algorithms of C++ standard libraries.

Aditya Kumar is a senior software engineer at Snapchat Inc. and Distinguished speaker at ACM. He has previously worked at Facebook, Samsung, and Qualcomm. He graduated from Texas A&M University with Masters in Computer Science.

He has been working on compiler toolchains (LLVM,Clang and GCC) since 2012. He has contributed optimizations like GVNHoist, Hot Cold Splitting, Hexagon specific optimizations to the LLVM compiler; He has also worked partially on clang static analyzer, libcxx, libstdc++, and graphite framework of GCC.

He completed his masters from Texas A&M University. His thesis was titled: ‘Rejuvenating C++ programs through demacrofication’. This work has been partially implemented in the well known Visual C++ IDE.